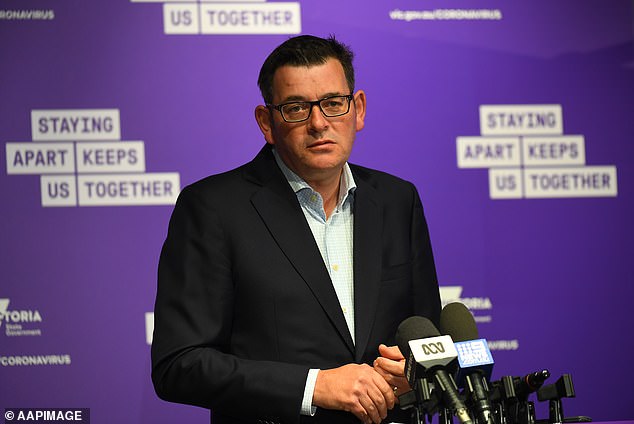 Premier Daniel Andrews also announced a judicial inquiry into the state’s management of hotel quarantine after a number of cases through late May and early June were linked to infection control breaches.

He has also requested that international flights be diverted from Melbourne for the next fortnight, to cut the number of arrived travellers who need to be housed in hotel quarantine.

“I haven’t got the answer from the Commonwealth yet but I’m pretty sure the answer will be yes, there will be no further flights arriving,” he said.

“Today’s flights will be the last ones for a period of two weeks.

Only four reasons for people in lockdown to leave home
Mr Andrews said the “extraordinary steps” were necessary to contain a surge in infections.

“We know that suburban lockdowns, stay-at-home orders are a series of restrictions that work,” he said.

Mr Andrews said more than 93,000 tests had been conducted since a testing blitz of hotspot suburbs began last week, but 928 people in Broadmeadows and Keilor Downs alone had refused to be tested.

He said people in the 10 postcodes would only have four reasons to leave their homes: for work or school, for care or caregiving, for daily exercise, or to get food and other essentials.

The return to stage three restrictions in those postcodes mean gatherings will be limited to family members or two people only, and cafes and restaurants will now be able to open for takeaways only.

Gyms, swimming pools, cinemas, play centres and other community activities will be closed across the lockdown zones.

People who must attend work in those postcodes or provide care to someone in person will be allowed to enter.

Face-to-face learning will continue in schools within the 10 postcodes in lockdown for now, Mr Andrews said.

“On the advice of the Chief Health Officer we are seeing no real evidence of transmission between kids and adults,” he said.

“We are seeing no real evidence that school attendance is a big driver of the spike in cases.”

Police to patrol suburbs under lockdown orders
Mr Andrews said Victoria Police would be patrolling the suburbs covered by the 10 postcodes to enforce the lockdown.

He said on-the-spot fines would be issued for those outside their homes without a permitted reason.

“We need every Victorian family, particularly those in these lockdown postcodes to know and understand that whilst this is deeply inconvenient for you, you are making a massive contribution for the whole state and indeed the whole nation.

Victorian Chief Health Officer Brett Sutton said recommending lockdowns came after the “significant increase” in cases over the past couple of weeks.

“That is a significant doubling rate and it was that trend and the fact that we had to turn it around that prompted me to take these actions,” he said.

“This is a heartbreaking turn in the epidemic but these are the right public health actions and we know that they can work.”

When asked whether partners or spouses who lived either side of a suburb in lockdown could visit one another, Professor Sutton said that had not been decided yet.

He said authorities would provide an answer before the lockdown took effect at 11:59pm on Wednesday.

Residents in lockdown suburbs concerned for health and livelihoods

The postcodes going into lockdown were home to 311,592 people in 2016, according to Australian Bureau of Statistics data.

Earlier on Thursday, one man who was waiting to get tested in Jacana said lockdowns should have been brought in sooner.

“And I think they should do more policing in the shopping centres, telling people to keep left,” he said.

One woman in Roxburgh Park said she would like to see lockdowns to help stop the virus spreading further.

“We’re scared about the elderly and the sick people, we should be worried about them,” she said.

A woman who had lived in the Broadmeadows area for 59 years said she felt many people had done the right thing by getting tested.

But she said was worried for people’s livelihoods: one of her children was on JobSeeker and another was on JobKeeper.

“It’s the mental health of people — losing their jobs, all the businesses,” she said.

“That’s my main worry, how are we going to get back to the life that we had.” 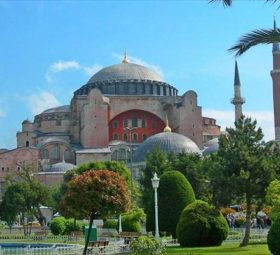 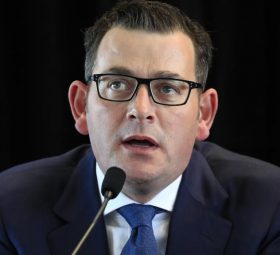 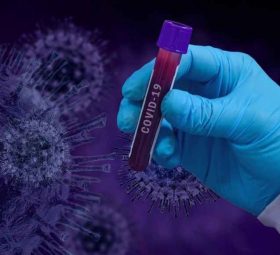 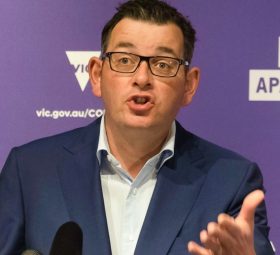 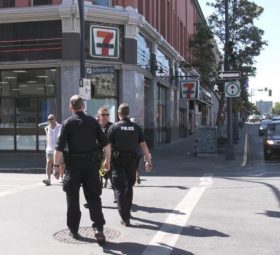